Thank you! Your submission has been received!
Oops! Something went wrong while submitting the form.

Founded in 1902 with the main objective of promoting and developing golf in Switzerland,
the Swiss Golf Association (ASG) currently supports nearly 100 golf clubs. In 2016, ASG asked Creatives to develop and roll out a communication strategy throughout Switzerland. In collaboration with the public relations agency ‘The Content Society’, Creatives has thus activated all the ASG’s traditional, digital and events communication channels to support the association in its task.

The fact that golf has been reinstated into the Olympic Games represents a new opportunity to change its image and to promote this sport to a wide audience. In Switzerland, as elsewhere, golf faces strong prejudices which are real obstacles to its democratization. Through its communication campaigns, ASG wishes to influence positively the perception of the sport itself, in aiming to make it accessible to everyone by encouraging people to learn about it, to try it and, even better, to become regular players.

Throughout the past year, several campaigns have been launched on different channels, between March and July 2017. First, the visual identity and positioning of the ‘Golf it's magic’ campaign have been completely redesigned, leading to new photo and video shoots, to the creation of striking headlines highlighting golf as an accessible sport etc. Regarding press and PR, nearly 29 articles and advertisements have been published in several French- and German-speaking magazines and newspapers, including ‘Le Temps’, ‘Femina’ and ‘Schweizer Familie'. Two types of events also took place in 2017. On the one hand, a ‘City
Tour’ was organized in 6 major Swiss cities, allowing a wide audience to
discover and try golf on miniature greens and driving ranges installed in the city centers. On the other hand, beginners wishing to play on real greens could take part in one of the 300 open days that were organized by local golf clubs. On social networks, we focused on Facebook and Instagram to communicate on events but also to publish different image campaigns. Driven in its digital momentum, Creatives carried on and developed a website dedicated to golf open days as well as an online platform full of tips and promotional material for the clubs. Finally, to boost participation in these events, various programmatic and Adwords campaigns were also broadcast online, through careful targeting, constant optimization through A / B testings and a closely monitored
ROI. 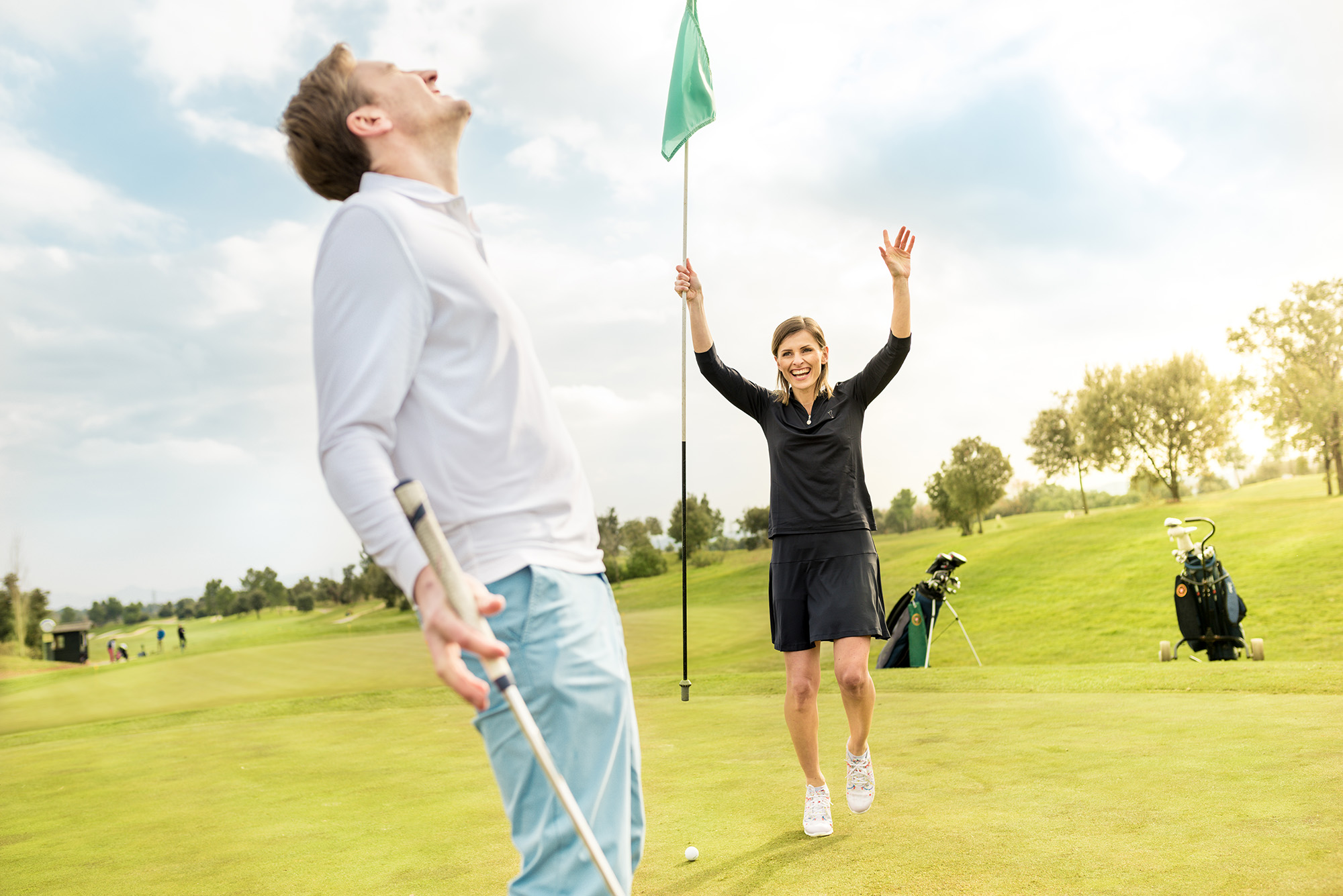